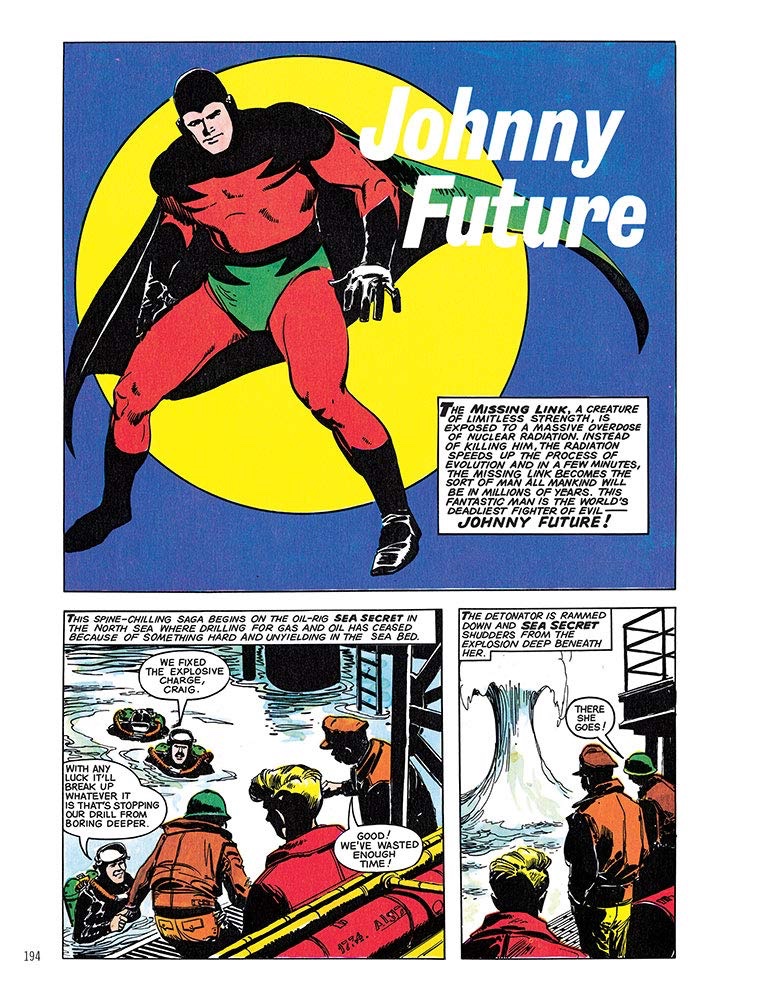 Johnny Future, the most evolved man on the planet, aka humble caretaker John Foster, was a British superhero published in Oldham’s ‘Fantastic’ from Feb ‘67-68. Written by Alf Wallace & drawn by Luis Berjemo it began as a Hulk rip off (‘The Missing Link’).

The most spectacular Johnny Future story was 14 pages in full colour in Fantastic Annual ‘69 (published By Odhams in ‘68) as Johnny traverses the stars using astral projection in a bid to defeat the dastardly Disastro! Luis Berjemo’s linework is excellent, albeit poorly served by basic colouring. 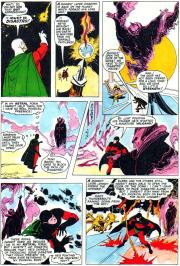 Johnny Future is an exemplar of the UK approach to superheroes with short b&w stories designed for a British comic-book audience. This meant  less fighting and fewer costumed supervillains, with a more measured “real world” tone. In this way Johnny Future contrasts with the violent bombast and colourful dynamism of American superhero strips of the period. Characters in Johnny Future tend to explain exactly what is happening and who they are a lot, which is part of its old-fashioned charm.

As an example of tone, here’s the key moment The Link became Johnny Future in 1967…by the simple means of breaking into a theatrical costumers & disguising himself! (Fantastic #15 & #16 (Odhams).

It’s a very low key origin compared to the explosive transformations which birthed The Hulk, Spider-man, or The Fantastic Four. The parochial atmosphere and  ‘theatrical costume plus makeup’ approach to the superhero are echoed in Alan Moore and  David Lloyd’s  ‘V for Vendetta’ , which was also black and white, set in Britain, and serealised in short episodes ( 5 pages or so in 26 issues of Warrior magazine (Quality, 1982-85).

This is no coincidence as the strip was a minor waypoint for friends Alan & Steve Moore, who went on to create Jonni Future at ABC. (Steve worked at Odhams in ‘68, & Alan was a reader). 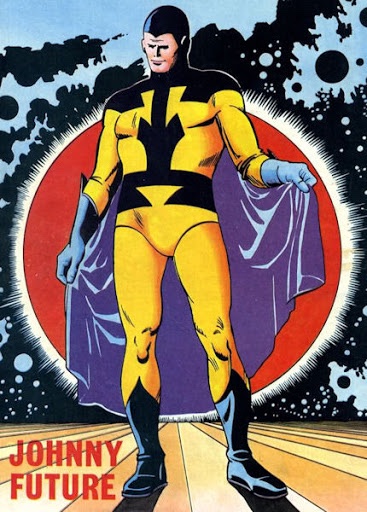 Note: Alan and Steve Moore aren’t related, and neither are Lee and Luis Berjemo.

Update: Rebellion have just released a hardback collection of all the Johnny Future strips, which you can buy from the normal outlets.